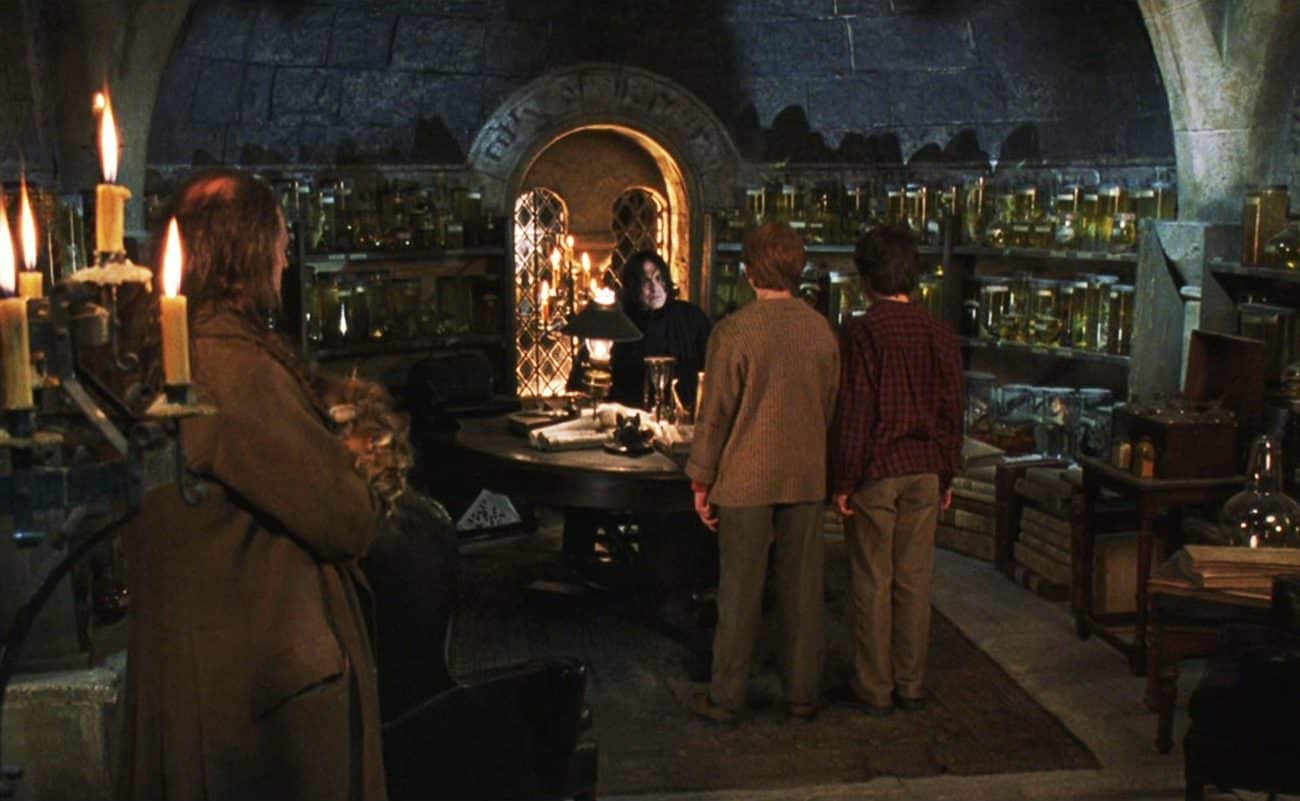 One of the most basic aspects of Hogwarts School is the fact that the student body is divided into four Houses: Slytherin, Hufflepuff, Gryffindor, and Ravenclaw. When the school began, each founder had a different perception and vision of what Hogwarts could and should be—and though these houses grew from those visions, they also took on an identity all their own.

Hufflepuffs are known for their loyalty—but this is not a one-dimensional house. While they may seem at first glance to be plain people, or not as brash as compared to other houses, Hufflepuffs are more than they may appear. Hufflepuffs are tenacious as well as loyal. They may not be flashy, or show off like other houses might, but they are intelligent, and they protect their own against any and every threat. Hufflepuffs are also adept at self-defense. While the other houses may require a password to gain access to the common room and dormitories, the Hufflepuff house dormitory needs only for one to tap on a particular area of a particular painting in a set rhythm—failing to do so correctly will result in said person being soaked in vinegar and being denied access to the dorm. Hufflepuff is the only house that has such a defense mechanism.

While Ravenclaw may seem to be a kind of stuck-up, bookish house, looks can be deceiving. Ravenclaw as a house prides itself on learning for learning’s sake—it’s not so much the books that are important. More important is the act of learning itself, the act of constantly pushing the boundaries of knowledge. The Ravenclaw dormitory itself helps to foster a culture of knowledge and wisdom by working to keep outsiders out—to gain entry into the dorm itself, a person has to correctly answer a riddle-question. While it may seem as a test for one individual, it is actually common to find a group of people outside the Ravenclaw dormitory door working together to come up with a correct guess to the riddle-question.

Slytherin is perhaps the most notorious—and most often misunderstood—house. Throughout the book, it is made clear that Slytherin is a house that has churned out more Dark wizards and witches than any other. While this may be true—and while Lord Voldemort himself may have come from Slytherin—the definition of Slytherin house does not begin and end with an all-consuming darkness. Slytherins, as a whole, tend not to be as obsessed with blood purity so much as honor and tradition. While the respect they garner is tinged with a little fear, that comes with the territory. There is a long history and tradition to uphold—it is said that Merlin himself was a Slytherin. Slytherin is a brotherhood, a place for people with a potential for greatness, a cunning wit, a sense of self-preservation. To be a Slytherin is to carry the reputation and the history of the House on your shoulders, and that is no small or easy task.

Gryffindor house is known for their bravery—but that bravery can often be a double-edged sword. The bravery of Gryffindors can sometimes veer into recklessness, and some accuse Gryffindors of having no regard for rules, or else being arrogant, self-righteous, or deliberately involving themselves in unnecessary heroics. Gryffindors tend to avoid associations with some of the other houses, Slytherin in particular. Slytherin and Gryffindor houses have a notorious and bitter rivalry, one that began during the founding of Hogwarts and is felt to even Harry Potter’s day.

Each house is not as cut-and-dry as it may seem, and appearances can be deceiving. The truth about each house is that, like the wizards and witches who founded them, the houses and the people in them defy definition.