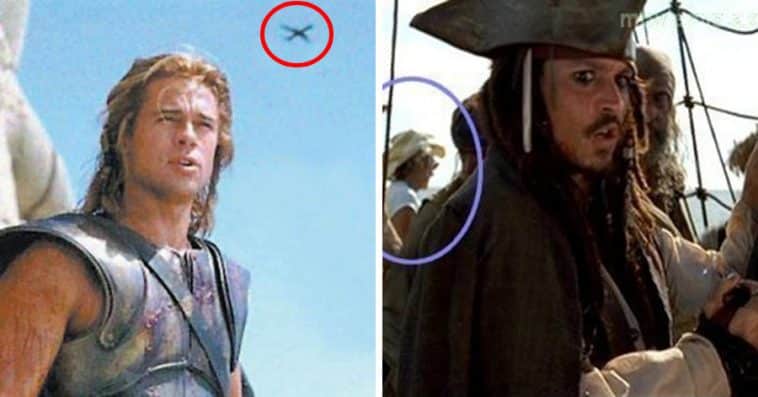 Intro.: Don’t get me wrong -I don’t mean to “diss” all shoot-outs; what I am saying is : demand the best -two words for that : John Woo-, and ignore the rest. The rest in question is fairly… predictable. Viz. :

-The hero has an endless round of ammo. (getting better, now, owing to more intelligent directors; cf. Carpenter’s “Assault on Precinct 13”, where they run out of bullets) The most hilarious example has to be “Where Eagles Dare”, in which El Clint and Richard Burton single-handedly dispatch half of the German army. At least. Not just ammunition, but endless supply of guns as well – last ex. : “Hard Rain”; where do all these rifles come from ?

-The baddy -usually a gaggle of them, too- always manages to repeatedly miss him. Especially when they’re supposed to be professional hitmen. (Examples below.)

-If the hero gets hurt, you can bet it will be minor; in the shoulder or the arm. Bogart, in Wyler’s “Desperate Hours”, takes more bullets to bring down than
“Godzilla” ! Uma Uma in “Kill Bill 2” : gets a shotgun full-blast point range in the chest… and just about gets knocked out. Eh?
-On the other hand, the hero has a statistically spooky chance of hitting the baddies first time; bang, shoots them dead usually. You don’t seem them returning fire, or dying horribly while calling for their mother. (Death, in real life -if I may say !- is hardly ever so clinical : messy, painful, process in the case of someone bleeding to death.) Talking of which (gore), I always was impressed by Clare Dane’s “Juliet” (“‘s Romeo And Juliet”) managing to shoot herself in her delicate head without splattering her brains all over her lovely dress. Now that wouldn’t have looked cute and romantic, would it ? Another romantic bloodless shotgun suicide : Our Jake in “The Good Girl”.

-The hero won’t get killed, of course …his best friend, or family (“Gladiator”, “Mad Max”), on the other hand…

-Heroes’ guns don’t get wet, and even fire from underwater : “Hard Rain”, “The Good, The Bad And The Ugly”

-Hitmen are stoopid. “SFX Murder By Illusion”: someone runs from left to right; where do you shoot? At the man, or you try to anticipate his run? That’s right: you shoot to his left, in the direction he comes from.

-When giving chase in a staircase or a corridor, the baddies always shoot at the corners or the walls, instead of at their human target who is at times running away in front of them.

-Shooting at a bullet-proof glass door (“The Fugitive”, “Eraser”), …there should be ricochets. Hitchcock’s “Spellbound” : suicide at the end; it is impossible to swivel one’s hand 180 degrees to fire a gun at oneself like (the baddy, no spoiler here) does. Just how many times can you cock a pistol ? cf. the Chinese girl in “The Transporter”, when vs. her father at the end.

-“Battle Royale 2” : you have to admire the way the kids carry on despite having been shot several times …whereas the adult soldiers -wearing flack jackets and all- fall dead instantly.

-Silencers, or suppressors to give them their real name, never look like those stylish thin tubes in movies, and certainly don’t make any such sound : more like a car door slamming. Notable exception : Russian movie “Brother” : a plastic bottle, or a potato, would do the job. Cf. on that subject, also, the hilarious sound effects in Lautner’s parodic movies (“les Tontons flingueurs” etc.).

-Hand grenades : pleasantly one-sided. If the heroes are thrown a grenade, they always have time to pick it up before it detonates and throw it back to whence it came from (to devastating effect, ‘goes without saying); if the baddie is on the recieving end, he just has time to look at it stupidly and swear before getting blown to pieces, the muthafacka. Idem with bombs : G. Oldman in “the 5th Element”; the Lord of Darkness mayor in “Buffy” (“oh, shhhugar”). Bombs, when exploding near a hero, do not cause shrapnels. Let alone in slow motion.

-Takashi Miike’s “Dear Or Alive II” : admire the way his blonde hitman produces a brick from, er…, under his collar.

The James Bond Principle : when attempting to get rid of somebody -preferably the hero- why going for the obvious (say, a bullet in the head), when you can try the extremely iffy and highly risky ! “French Connection” starts (>>>)

-Oh Aye category. First scene of “Judge Dredd” : all of a sudden, the bullets used, Stallone informs us, can’t harm him, as they are fired from too far above. Right, so how come they hit vehicles and people, ten seconds ago ? “HellRaiser III” : the Cenobites’ chains, usually so accurate in the two previous films, now can only just about grab “Joey” by the sweater during the chase scene.

-I just didn’t understand how / why the two fuck-up anti-heroes of “The Way Of The Gun” ran away, in their kidnap attempt. You’re getting shot at; what do you do ? That’s right, a somersault in the air (“Trouble In Little Tokyo”).

-End of “Hard Target” : “Fouchon” takes a grenade out of his pants …but doesn´t throw it away. End of “Scream”, (the killer) stands over knocked out C. Cox, pointing gun at her… but doesn’t shoot her on the spot. Silly Billy, guess what happens to (him/her/them/it) five minutes later…

“Where Eagles Dare” : anti-aircraft gun …in courtyard. In this position, the gun can only fire at targets directly above, whereas it should fire at targets before they reach the castle. Also, “Bell 47” helicopters… which were built by the Allies, to start with, and appeared after the war. (Lots more examples in the Archive) “Red Dragon” : scene where Norton’s wife is target shooting with the revolver, you can clearly see that there aren’t any bullet heads showing in the cylinder. Also, in the final shoot-out, Norton’s gun appears to be a revolver. When he tells his wife to shoot, the gun she picks up seems to be an automatic. Another gun fanatic notes : in the same scene where Norton trains his wife to shoot, there is no muzzle blast as she takes each shot. Muzzle blast is always present when a gun is fired.

-Totally gratuitous theory : “Arnie” stopped to matter when he resorted to guns. I mean, what’s the point of a super-human body if the guy has to fire bloody guns to win ?! The moment Schwarzenegger played by everyone’s rules, he lost his freakish appeal : there’s no need to be able to lift 200 kilos -that’s kilos; not pounds, stones or imperial measures, geddit ?- to shoot a gun like your average drugged Liberian boy-soldier. “Conan”, perfect; “Commando”, no need !

-“Grosse Point Blank” : hitman follows SuperCool J. Cusack in drugstore, engages in uncertain gun battle, and… More incompetence by so-called model hitmen : “Replacement Killers”, who choose to attack in the middle of a crowded cinema, from a distance. Pah ! Oh, and the great Chow Yun-Fat in front of car; what does car driver do ? Why, he reverses in a panic ! Oh yes. So called crack hitman gets outfought and outrun by two girlies in tight skirt (one with big breasts) ! (“Secret Games 3”) “Darkman III” : how to escape from the gun of an enraged assassin, when you have your back to the wall ? Easy, take off your mask; scared, the hitman will run away, and get killed by an incoming vehicle. One-nil.

-Compare killers’ incompetence with first timers getting lucky; say, our favourite Johnny (Depp, that is) who assured us he never used a gun before in his life, but instantly turns into a hell of a sharp-shooter when he needs to, at the end of “Nick Of Time”. Cf. also “The Mummy II” : “Evelyn”‘s transformation from klutzy librarian to martial arts babe. Aha, reader Jeremy Eble disagrees : ” That was actually explained in the fact that she was a reincarnation of Nefertiti, and, as we saw in one of the flashbacks, she knew how to fight. The film makers also do a good job of leading up to the possibility with her unexplained visions and knowledge of a place that she’s never been to.”

-Fact : any action is accompanied by a reaction : (cf. archive) When who else but Arnie fires a gun right by his mate’s head at the beginning of “True Lies”, he should have deafened him permanently. Except he doesn’t. Sound effect : in films, the slightest punch-up sounds like a dozen sand bags blasted through windows by grunting tennis players in a storm. If not worse.

“Kill Bill 1”. Uma’s mighty sword (yes, the one that could slice God in two) takes a mighty pasting as it dispatches half an army, and still manages to slice through Lucy Liu’s skull like butter. Hmm… Logic Loig is not convinced, Tarantino Tart is outraged at the naivety of the remark.

-Explosions. (…) Crashes (planes, or other types of massive vehicles) : usually takes place right behind a hill or an ill-positioned building, damn, so that we can’t actually see the carnage; how frustrating, eh… (ex. “Superman II”) On the other hand, you can be guaranteed a nice, anti-environment friendly, ball of fire marking the spot. Some suspicious souls would probably allege that, in fact, fancy that, the plane spotted right before does not actually crash, or that the audience has been tricked into thinking so -these suspicious souls are just the kind of pernicious minds who end up working on “The Simpsons” : see episode “Krusty the Klown” fakes his own death.

-Bombs on a timer, thankfully, never go off in the amount of time they’re supposed to, when in proximity of heroes : time loop in “Galaxy Quest”. “Escape From New York” : the scientist who gives K. “Snake” Russell the injection tells him that they can neutralize the explosion 15 minutes before the deadline. …Then “Snake” lets the timer run down to 6 seconds. Same with “the Mask”, apparently.

FilmInco regular reader Lisette reports : “Je suis alle voir Panic Room, et j’ai pense a toi parce qu’il y a un probleme avec le gas qu’ils utilisent my father is a fireman so I know…They (the burglars) put camping gas in the air vent to the Panic Room, to suffocate / frighten J. Foster & child. Camping gas is usually butane or LPG both of which are heavier than air, yet Foster pushes her child’s head down onto the floor, thus putting her in more danger than if she had simply stood up. If she could have propped open the vent to outside, the gas would have escaped that way, and if she then stood up, it shouldn’t trouble her. And if she didn’t know what kind of gas it was then she should NEVER have tried to light it. If it was methane it would have exploded BOOM, no more film career. Honestly.”

-Death by gas asphyxiation. That may have been possible in the past (cf. the poignant “Virgin Suicides”), but no longer. Cf. also the extraordinary “Rosetta”

-The expendable gun theory, as explained by Jim Jarmusch himself in “Blue In The Face”. Every so often, characters will pick up a gun, fire its last bullet… and just throw it away, as if it could never be used again. In stark contrast, I seem to remember that most violent computer games are based on the idea of ….

…But it doesn’t have to be that way; some Hollywood makers take weaponry / warfare realism very seriously indeed. Comments extreme right-winger John Milius, about “Red Dawn” : “The invasion was very seriously worked out. I actually worked it out with Al Haigh.” “After 9/11, we did a lot with the government. I’m a member of the Institute For Creative Technologies, very proudly. A lot of our techniques are being used right now in this war.” (i.e. the invasion of Irak) “ICT was created at USC with the army, to develop techniques and weapons for the future -using Hollywood. This has been going on for a number of years.”